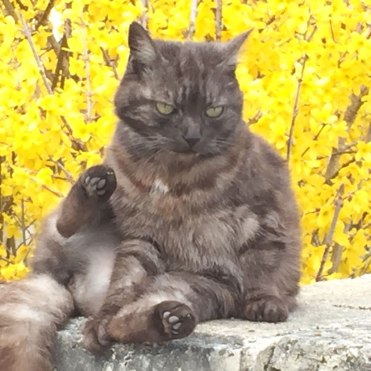 I was lost and yet felt I was being observed. I had taken a wrong turn, stopped to check the GPS and the map and no-one was around to ask directions. Why then did I feel someone was watching. A gentle miaow alerted me. I had interrupted his morning ablutions and he looked very cross. That was when I wished I had someone with me to enjoy the moment.

I recounted this story with my daughter Sophie when I called her later that day. She agreed that sharing was probably the thing she missed most when travelling on her own. We started discussing some of the tricks we use when travelling by ourselves and I have decided to share some ideas.

I am not a nervous person, in fact my children regularly label me as an insensitive witch, but security is probably one of my major concerns when travelling myself, particularly on a broomstick. 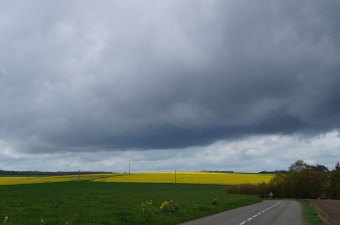 I love driving around regional areas so when I hire a car, I also hire a GPS. I paid €13/day recently in France to have a car with the GPS and it was worth every euro particularly driving into Paris’s Charles de Gaulle airport. I used the voice instructions so I didn’t have to take my eyes off the 8 lanes merging and crossing each other. She shouted to me in French and not once did I confuse my left and rights. Of course, you can use your phone or iPad but being from Australia it was still cheaper to hire the GPS than use my data allowance. Speed of download is another problem. I found this out one day when lost on the wrong motorway in a thunderstorm with nowhere to easily pull over.

My iPad couldn’t download the maps quickly enough to match the speed my husband was driving at. By the time it found our location we were in a different sector and it would begin downloading again. I had laryngitis at the time so couldn’t speak and I would nudge him to get his attention which meant we would pass the exit before he responded. He says my Italian heritage came to the surface during this episode with arms and legs waving around like a crazed tarantula, gesticulating madly without any obvious communication other than frustration.

Beautiful by daylight, eerie and lonely at night.

I often stay in locations that are away from major routes and are a challenge to find in daylight much less in a storm or at night so I also check the location on a map as the GPS does occasionally lead me along the wrong road. I have learnt not to select the most direct route, as I recently ended up on a farm track that wound through the trees and became progressively muddier until I could have set myself up as a mud treatment specialist at a forest retreat. I could hear the main road, I could see cars but couldn’t drive through the muddy patch to get there. I did however watch a pheasant stroll through the adjourning field.

Losing my keys is my particular dread. I rarely keep the house keys or car keys in my handbag, because if that is stolen I would have no way of getting home or getting in once there. 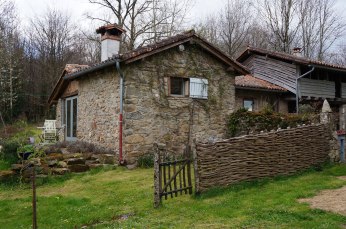 I don’t fancy having to the climbing rose that weaves around the high window of the gîte I am renting. I take a couple of safety pins with me and use these to secure the car keys and house keys into the pockets of my jeans. It also means that if someone tries to pick my pockets, they won’t take the keys because they are pinned in. My svelte outline is marred by bulging pockets but at least the bulges are temporary. 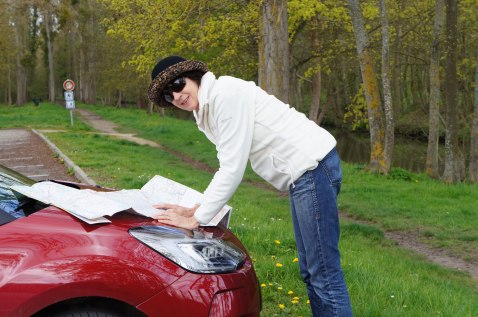 Catch up on the classics. I can fit 5 penguins in the space that 2 contemporary books with thick cheap paper occupy.  I read lots of books and magazines on my iPad but recently while I was travelling, I opened up my kindle book library and to my irritation discovered that presumably when syncing or buying an e-book, I had relocated these all to the icloud and of course couldn’t open them because there was no wifi in the café where I was sitting. I had to wait until I got back to the gîte to download all my magazines and books.

I find reading such a great way to meet other sole travellers. I am delighted if another person leans across from their table and makes a comment about an article in the magazine or the plot of the story I am reading. I love sharing a moment with another traveller. You meet such interesting people such as the man I chatted with over a couple of glasses of wine in a bar late one evening. The trick is to be smart about the location. The bar was in a very expensive hotel which made me feel safer having a wine by myself. My charming companion, was a retired executive and I learnt about his vineyard which had become his retirement project. I only wish I had had the time to fly up to visit him.

If you are an artist I am sure you don’t need me to tell you how useful a pad and pencil is in connecting with others. I am a poor artist but do enjoy crafts such as knitting, tapestry and crochet. On a recent flight to France I decided to chance taking my knitting on board. In recent years, as security tightened at airports I have not carried on my tapestry or knitting projects being reluctant to leave them at the security gate. However, this time I decided I would give it a try and wonderful news, I was allowed to bring onto the plane, my knitting needles. This was a great way to pass the time spent in departure lounges where I could knit and still keep an eye on the time. A young Korean girl coming to Australia to learn English and advance her nursing studies, admitted she had never seen knitting, but was so intrigued with what I was doing she asked me to teach her how to knit.

Recently knitting introduced me to a number of people who stopped to enquire what I was making. I was sitting by myself, knitting and enjoying an unusually good coffee when a woman leant across to look at what I was creating. From Grafton, she and her husband quickly picked up my Australian accent and the three of us shared coffee and cake in Paris, chatting about the challenges of staying in touch with children living around the world.

I am naturally gregarious and outgoing, but when I read travel blogs written by people who suggest that sitting at a table having a drink and watching the world go by is a wonderful pastime, I think they must be very introverted people. I can do the sitting by myself thing, but I don’t think it is all that enjoyable and I generally feel self-conscious and uncomfortable. Unless you are writing a novel and getting ideas about characters and scenes, people watching starts to look a little obvious and I wonder whether this is advice given but not actually practised by many travel writers.

I love hearing how people truly manage when travelling by themselves. Of course going on a pre-arranged tour is a solution with the readymade crowd but I haven’t yet done that and I would be intrigued to hear what others do to pass the time (genuinely) when they travel on their own.